The vertical prepress flaps in the filling opening the pressclose simultaneously, resulting in a closed press channel. Because of this, optimal-weight homogeneous bales are produced without cutting being necessary. These flaps have been built in such a way that any impacting forces are effectively absorbed. The front flap is small in view of the distribution of forces, and is equipped with a toothing, so that material between the flaps can be cut. The rear flap is equipped with a fallback mechanism and an anti-blockage switch, which minimizes interventions.

Because of this, materials that are difficult to press can be processed as well. The press ram is equipped with a toothing for processing highly expansive materials. Consequently, the press is extremely suitable for processing paper, cardboard, varied material, various plastics and other recyclables. If constructed with a “Refuse” ram the baler is also capable of pressing domestic waste, wood, straw, hay and textiles. Moreover, several control possibilities provide optimal pressing results with heavy, well shaped and stackable bales. 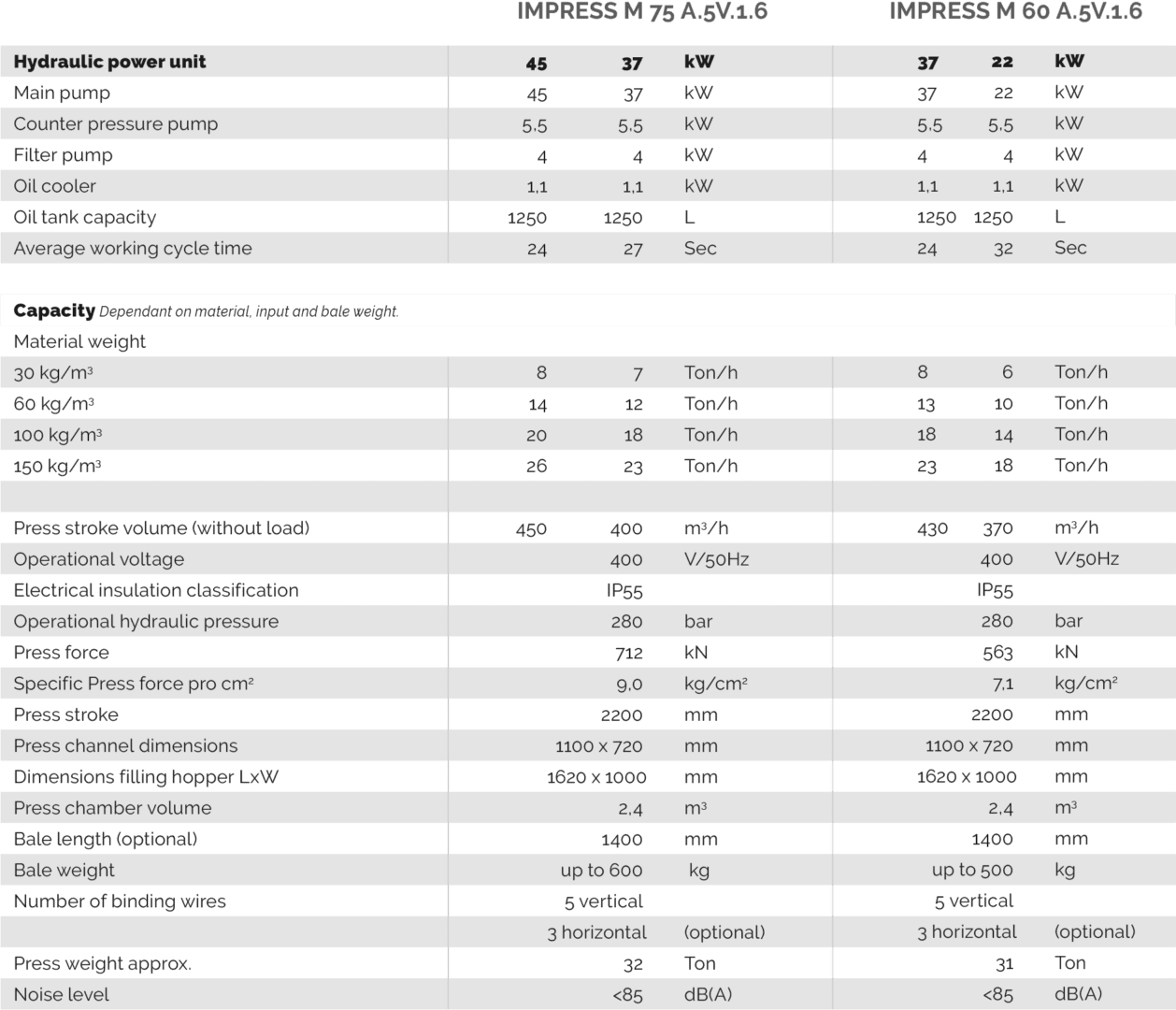 WE ARE AVAILABLE FOR ALL YOUR QUESTIONS

You can directly contact one of our representatives or sales agents or fill out the form.